The problem with getting old is that no matter how much you wish it so, it never goes away.  So I try to be pragmatic and tell myself that I should make the most of my skills and experience to ensure that I enjoy my life, but nothing is ever so simple.

I did a little gardening yesterday in the sunshine, which was great, but today my back aches like I’ve been digging ditches.  <creak, pop>

I reached the grand age of sixty.

I know I’m hardly any different to how I was yesterday, but it still feels a bit weird.  We shall see how things progress…

I was inspired to create a couple of Bowie portraits.

The first is him as an alien from UFO.

The second is Bowie as Neil Gaiman’s Morpheus from Sandman. I’m into the last two weeks of my fifties and it’s more than a little scary.  In a week and a half’s time I will turn 60.

I’ve been dreading this for months, but now it’s almost upon me I just want to get it over with in a way that involves the minimum of fuss.

It’s funny, I look in the mirror and see the grey hairs.  I feel the aches and twinges that never used to be there.  I know that, factually, this is my age.  But my mind feels more creative than it ever has before.  Admittedly, my forgetfulness is pretty bad at times, but that aside I still feel excited about new projects and ideas.

I hope the creative side of me never falters.

Back in the early 1970s my favourite television programme was UFO by Gerry Anderson.  Just lately I’ve been working on pictures that re-live that long-ago time.  🙂 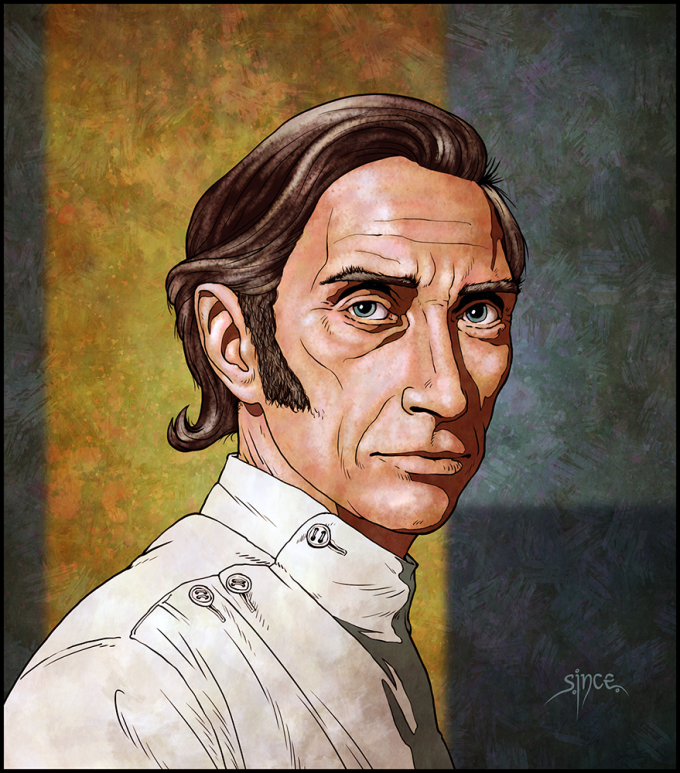 I’ve been doing a lot of drawing and painting lately, most of it digitally using Photoshop and sometimes ArtRage.  It often feels like the perfect accompaniment to my writing and at others it can be a little bit of a distraction, but I feel that my artistic skills are improving all the time and the temptation to spend a lot of time on it is almost irresistible.  Still, being professional means concentrating on the paying work as a priority and I’m thankful that I have the ability to do that.

However, here’s a picture I did just yesterday, based on the view from our bedroom window. So, let me start by wishing everyone a Happy New Year! 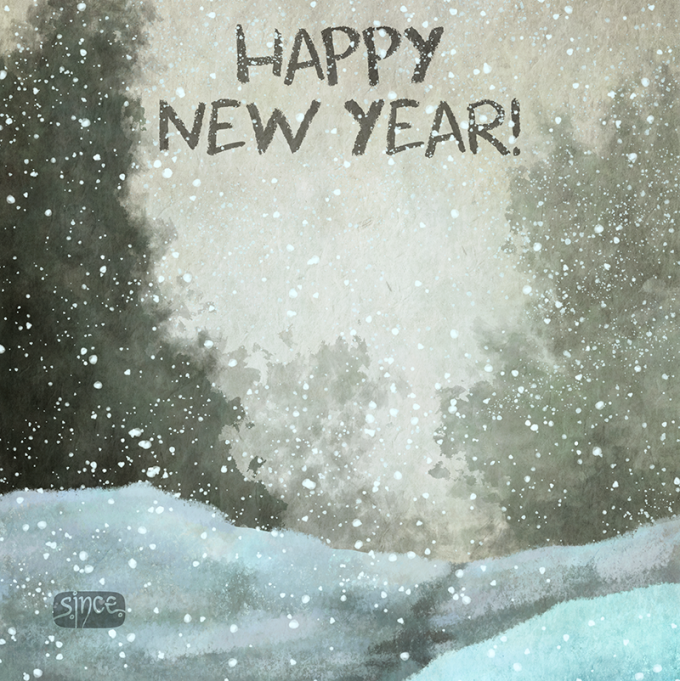 My right eye has suddenly reminded me of why I started this blog and I shouldn’t neglect it like I do.

I’ve always been a bit funny about my eyes, protective of them in strong ways because I’ve always been convinced that the majority of what makes me a writer and artist is in the way I see things.  So I’ve always updated my glasses regularly and the thought of wearing contacts has always made me shudder.  I like that my glasses are a small barrier in front of my eyes.

Then, on Sunday evening, after attending a lovely family barbecue in the afternoon, this huge, weird floater appeared in my eye and stayed in the centre of my vision, wafting about strangely as I moved my eye about.  All kinds of horror thoughts went through my mind so the first thing on Monday I phoned up the doctor for an emergency appointment and after seeing me she phone up the eye clinic at York hospital and got me an appointment that afternoon.

It was quite a bit of a wait for everyone who attended, but most took the delay very well.  Except for one little boy who said he was bored, to which his mother replied, “Well, let that be a lesson not to poke your toys in your eye again.”  I guess some kids need to learn to be protective of their eyes the hard way.

The doctor who eventually saw me was very thorough with his examination and declared that there was no damage to the retina, which was a huge relief, and that I had something called Posterior Vitreous Detachment.  This is where the gel inside the eye pulls away from the retina and creates this strange floater.  Apparently most people get this at some point in their later years and it rarely leads to anything more serious and usually settles down fairly quickly.  I just have to put up with this floater until it does so.

I know I’m no longer young, but this feels like a harsh prod with a pointed stick to point out that my body is beginning to get old even if my mind doesn’t feel like it is.

Beyond the personal reminder that I must look after myself better, I’m also fully aware of the importance the NHS plays in all our lives and how much worse off we’d all be if it were gone.  Which makes me angry that the Tories and their cronies are doing their best to destroy it and our lifeline to a healthy future.

I dread to think what I would have done if there was no NHS and my eye condition had been more serious than it is.

I’ve created two new flyers to advertise two different aspects of the things I’m currently doing.  So if you know of any developers looking for a writer or any schools/teachers who might like me to give a talk, please pass on the relevant flyer if you will.

"A writer is someone for whom writing is more difficult than it is for other people." - Thomas Mann